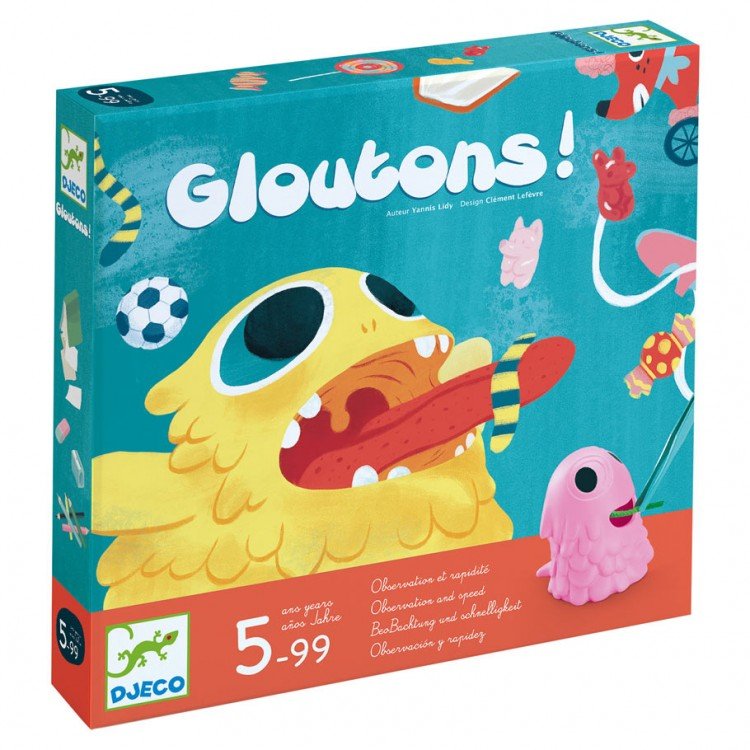 A GAME OF OBSERVATION AND SPEED
OBJECT: earn as many “goal” cards as possible.
Each player takes a monster and tweezers and puts it in front of him or her. The strings are placed in the middle of the table where everyone can reach them. A player turns over a card. All together, the players must pick up the objects indicated on the card with their tweezers and manoeuvre them into their monster’s mouth. As soon as a player thinks he or she is finished, they yell out “Glutton” and the game stops. If no error has been made in picking up the monster, the player wins the card and places it in front of them. If the player made a mistake, the turn ends for them and the game resumes for the others until another player shouts “Glutton”.

+++ Cards with multiple levels of difficulty.