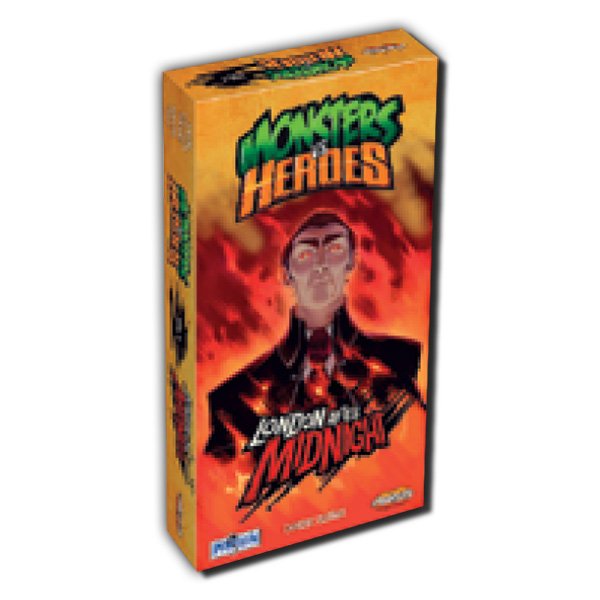 Heroes and monsters fight to death in the streets of victorian London!

During the game, a player can either play a card from his hand or draw a new card. Each card will give you "black" points (if you are a Monster) or "white" points (if you are a Hero). Also, each card represents a character with a special skill that you can use in your favor. Dracula can control the forces of darkness. Van Helsing can destroy the undead. Frankenstein's monster can run havoc. Arsene Lupin can steal a card from another player. Jekyll and Hyde discard each other...

The game ends when the last card is drawn. Then, each player reveals his faction and count his points. There can be only one winner!

Monsters vs. Heroes: Victorian Nightmares — first released as London After Midnight — is very easy to learn and very fun to play. There is a total of 18 different characters, in a deck of 30 cards. Some of these characters are unique and deadly, like the werewolf, but others are more common and less powerful, like the brave young men. In addition to this, each faction card will give you an extra point if you have a certain character in front of you at the end of the game. That means that some cards are more useful for some players than for others.