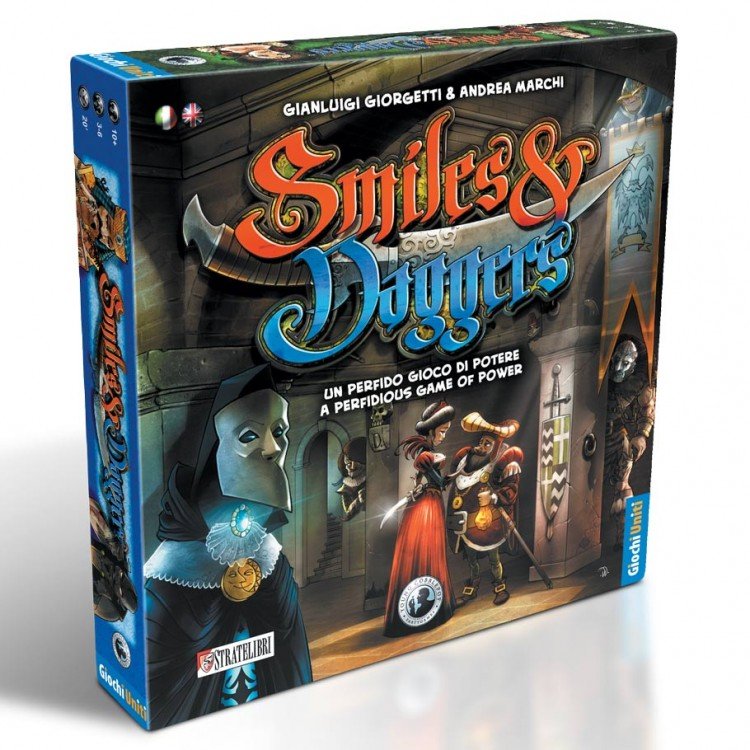 Smiles & Daggers is based on one of the most famous dilemmas of game theory. The term counter-competition, a neologism invented by the authors, describes the main mechanism of the game. It is a competitive game in which victory is more achievable through co-operation, but there can be only one winner. In other words, keep your friends close, but your enemies closer!

The Lady kills the Knight, the Lord kills the Lady but gets killed by Knights. You have to choose one card to put face down in front of you. Your opponent will do the same, whilst other players are betting on the outcome. Each card has two sides: one smiling that gives you money, the other kills (if possible) the opponent.

Which side will you choose? And most importantly, which side is under your opponent's card?