Board Games > Medieval > Battles of Westeros Brotherhood Without Banners

Battles of Westeros Brotherhood Without Banners 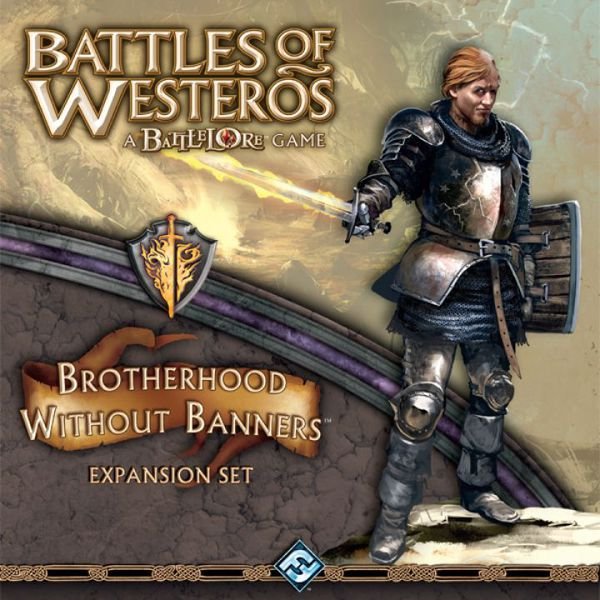 Brotherhood Without Banners introduces players to a new ally force that can supplement a primary House's forces, such as House Stark or House Lannister from the Core Set, through regular play or Skirmish rules. With new unit types, a rulebook with four new scenarios, new cards, new commanders, and even more, this expansion will bring greater variety to your Battles of Westeros experience and awesome power to your House’s cause!

Ally yourself with three new commanders, sworn to protect the smallfolk against all who would harm them: Lord Beric Dondarrion, Anguy "the Archer", and Thoros of Myr. Dubbed the "Lightning Lord", Beric's sigil is a forked lightning bolt, and his weapon a flaming sword. Swift in battle, he is a leader who will stand against any enemy. Anguy is an archer with a reputation across Westeros for devastating accuracy and can avoid capture by using his surroundings to his advantage. The red priest of R'hllor, Thoros of Myr, is a formidable warrior but his greatest strength is in his ability to assist his fallen Brotherhood members...

The Brotherhood units continue the Battles of Westeros trend of representing ally forces with tan-colored miniatures. However, unlike all other Battles of Westeros sets, Brotherhood Without Banners does not include any banner or pole components, as these outlaw warriors neither answer to a liege lord nor ride under any flag. These units do not follow normal activation rules and are controlled through a new mechanism: Brotherhood tokens.

This expansion also features new thematic keywords, such as Call to Arms and Scrapper. Call to Arms represents the Brotherhood's ability to incite the local peasantry to take up arms and join them on the battlefield. Scrapper is attributed to units who are stubborn and hardy fighters, aggressive even when defending.