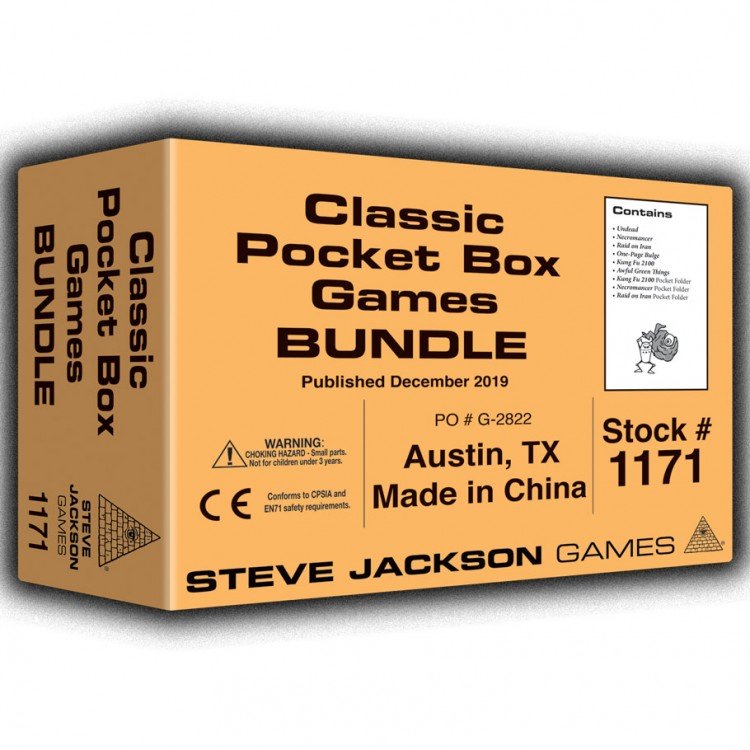 Decades ago, in a glorious age known as The Eighties, Steve Jackson set off on his own to design and publish games, game accessories, and gaming magazines. In the early years of Steve Jackson Games, Steve and his crew created a storage solution for games that was far, far superior to the simple zipper lock bags that so many micro games were released in at the time.

Now, Steve Jackson Games is proud to bring back the Pocket Box, that eighties signature of the company that was the home for such classics as Car Wars, Illuminati, and Ogre. But those games are not included in this package.

The Classic Games Pocket Box bundle includes the forgotten Pocket Box games of the eighties. Undead. Necromancer. One-Page Bulge. Raid on Iran. Kung Fu 2100. Games that have been out-of-print and unavailable for decades are available once again, all in retro-inspired packaging and in as near-exact reprints of the originals as we could manage.

BONUS: Also includes the green Pocket Box edition of The Awful Green Things from Outer Space, a gaming classic back in its 1988 form and in excellent condition!