Board Games > Political > Behind the Throne 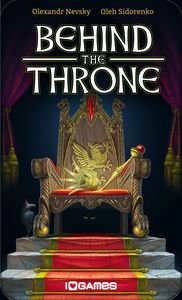 Four powerful secret organizations are fighting for the right to rule in the old kingdom, and you can acquire safety, control, and economic dictates only through the conquest of political influence at the royal court. The more servants, nobles and dignitaries you can control, the closer you will be to the purpose. Intrigue, blackmail, or threats are suitable for all those who are struggling in the shadow of the royal throne. Power over each new aristocrat gives you a new method for influencing others. The player of absolute power behind the throne will soon be known.

Behind the Throne is a quick and simple card game in which players collect sets of cards to get new special abilities. Players earn victory points for the heroes they collect, and whoever has the most victory points at the end of the game wins.