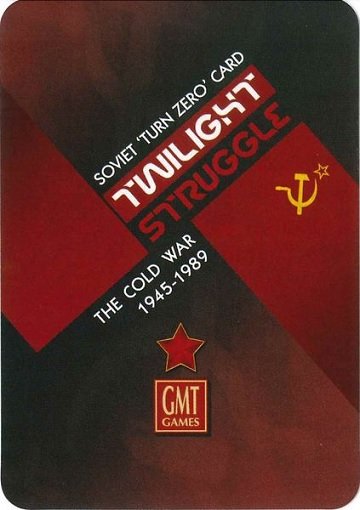 Twilight Struggle: Turn Zero is a new mini-expansion that lets players explore alternate starting situations for the two superpowers. What if Chiang's forces had held on in southern China? What if Churchill's Tories had won re-election in 1945? And what if the Western Allies had crossed the bridge too far, and reached Berlin first? These and other possibilities that alter the opening setup in Twilight Struggle are now open to players. Both seasoned veterans and new arrivals will enjoy the many new plays and dilemmas introduced here for the first time. This expansion includes the following: