Board Games > Trivia > Scene It? the DVD Game - used


Scene It? the DVD Game - used 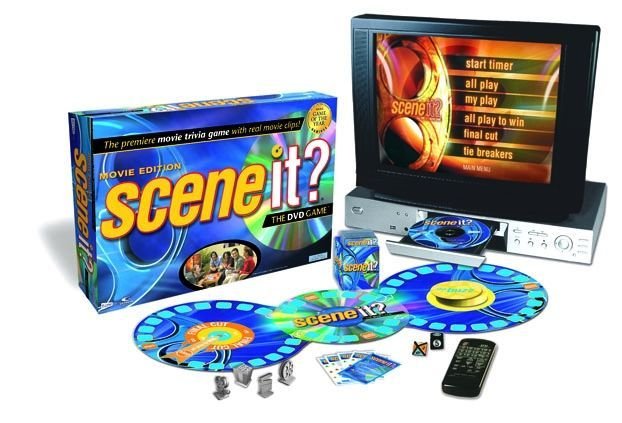 As the box says, Scene It? Is all about movie magic. It's a very simple trivia game. You move about the board and answer questions about movies, such as what was Alien III's tag line, or what composer was nominated for an Oscar 18 times but never won. The interesting part is that there is also a visual component as well. You can roll a My Play or an All Play category which will play a short movie clip, such as Fried Green Tomatoes, Hannibal, etc. and then ask you questions about the clip, it could be something as simple as how many glasses of water were in the clip to what state did the clip take place, or even who was the actress who played that character's mother. The game is very fast paced and a lot of fun. The graphics on the DVD menus and the changes are very nice to watch. Further, a new "Expansion" DVD is supposed to come out every three months. As you might have guessed, you MUST have a DVD player to play this game.