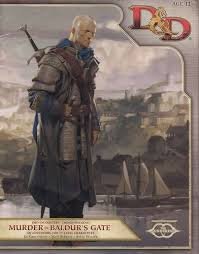 Duke Adrian Abdel is a living legend in the city of Baldur's Gate, and much of the city has gathered to celebrate him and his accomplishments. On tis day of festivities, though, the dukes past will finally catch up with him, with dire consequences. Murder ha returned to Baldur's Gate, and brave heroes are the city's only hope to stop the violence.

This Dungeons & Dragons Roleplaying Game adventure is designed to kick off the 2013 August-November season of the D&D Encounters official play program. The adventure is sealed.